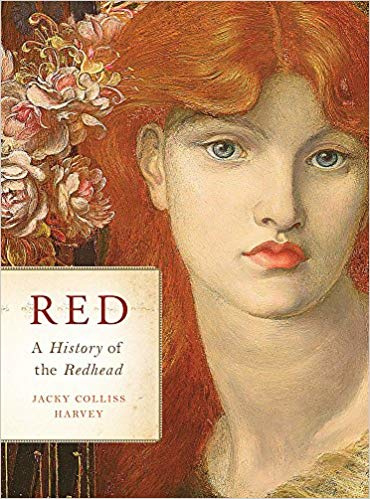 Red: A History of the Redhead

RED: A HISTORY OF THE REDHEAD is the first book to explore the history of red hair and red-headedness throughout the world. With an obsessive fascination that is as contagious as it is compelling, author Jacky Colliss Harvey begins her quest in prehistory and traces the redhead gene as it made its way out of Africa with the early human diaspora, to its emergence under Northern skies. She goes on to explore red hair in the ancient world (from the Tarim mummies in China to the Islamic kingdom of the Khazars); the prejudice manifested against red hair across medieval Europe; red hair during the Renaissance as both an indicator of Jewishness during the Inquisition and the height of fashion in Protestant England, where it was made famous by the Henry VIII and Elizabeth I; the modern age of art, and literature, and the first positive symbols of red hair in children's characters; modern medicine and science and the genetic and chemical decoding of red hair; and finally, red hair in contemporary culture, from advertising and exploitation to "gingerism"; and the new movement against bullying.

More than a book for redheads, RED is the exploration of evolution and gene mutation, as well as a compelling social and cultural study of how prejudice and misconceptions of "other"; evolve across centuries and continents and from one culture to another.