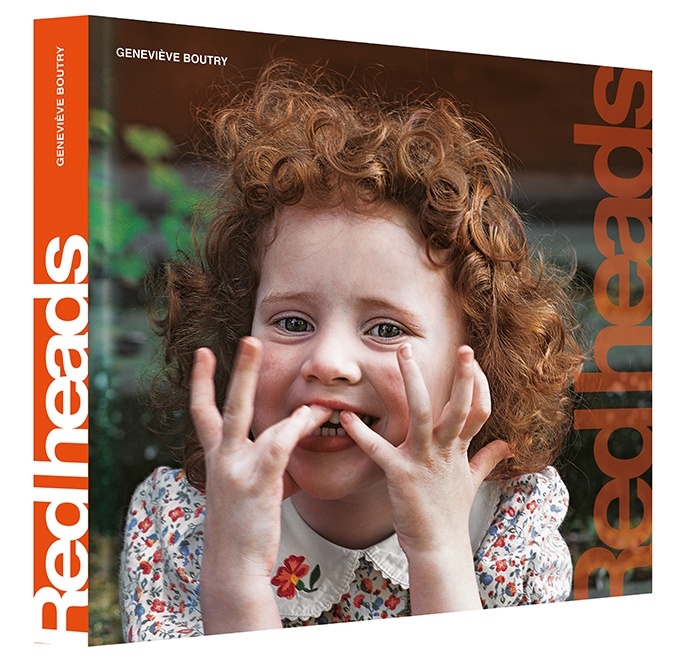 "Redheads - whether it referred to fire or the devil, red hair always had an evil connotation during the Middle Ages : redheads were considered as sorcerers or witches, often persecuted and even sometimes burned. Today, red hair is attractive, mysterious, yet still troubling and never leaves anyone indifferent. For  those who have this hair colour, it is either a source of hardship or a reason to surpass themselves but, no matter what, it shapes their character.As a gesture of sympathy for the history attached to this minority and its difference, Geneviève Boutry has been photographing redheads for 20 years. Her troubling works is now enriched with reflections on the subject as well as testimonies by her models, which casts a new light on red hair by getting closer to those living with it. "

Geneviève Boutry was with us during the Redhead Days festival of 2016 and we managed to buy 10 unique books signed by the photographer herself !